Did You Hear the News?  Did You Really?

Electronic sources, especially the Internet, deliver much more news to us than we used to get. Are we getting better news? Are we “getting” the news we do receive?

Whether marking the five years since September 11, or contemplating our sustainability fifty years into the future, we should question the news we receive, and how it is being interpreted.

The Internet enables not only much more news availability, but also more opportunity for participation. One example: we can send letters to the editor much more easily and quickly than with old-fashioned mail. This improves the quality of feedback with our newspapers and other media.

The BBC reports it now receives 10,000 emails every day, 10 times as many as a year ago. The trigger was last summer’s subway bombings in London. That day prompted a flood of responses, including pictures and videos taken by citizens on their cell phones and digital cameras.

As well as being able to see regular news on the Internet, we can follow “blogs” (shortened from “web logs”). Blogs have even become a check on the regular media. Bloggers, for example, revealed that the news agency Reuters had distributed faked photographs from the recent war in Lebanon.

On Internet forums, anyone can submit their views. These discussions can be most interesting. Recently, on one Brandon web forum, there was a “thread” on the suitability of electing a Mayor who has a criminal conviction. Deveryn Ross himself participated.

On that forum, there were comments and questions raised, and also links to other websites for additional information. Some participants, like Ross, provided their names and even a photo. Many submissions, though, were from anonymous sources using only nicknames.

Internet information, though, is always suspect. As Brown warns, some contributors are “so misinformed and out-to-lunch that they cloud what should be important public debate with inane, confused ramblings...”

The Internet is increasingly encouraging far-out notions among more and more people. Since young people use the Internet the most, they are probably both better informed but also more exposed to crazy ideas.

A July poll in the Washington Post showed that some 30% of Americans cannot say what year the September 11 terrorist attacks took place. That poll found, however, that almost everyone younger than 55 knew the correct date.

According to another poll, conducted in August by NOP Research for Channel 4 TV in the UK, one-half of British Muslims believe that the September 11 attacks were a conspiracy by the governments of the United States and Israel.

One-quarter of Muslims in Britain actually believes that the London subway bombings were justified to protest British government policies.

That poll found that younger Muslims are more likely to be opposed to British democratic society than their parents. In this case, the traditional assimilation of immigrants is not taking place.

Finally, a poll by Scripps Howard / Ohio University found that more than one-third of Americans themselves believe their own government was involved in 9/11. They think that the United States government either directly participated in the attacks or knew about them beforehand and did nothing to prevent them – in order to justify a war in the Middle East.

Again, the poll found that younger Americans are more prone to these wacky ideas than older people.

We are getting more and more news, and interpreting the news in more and more ways. Our society’s attempts to deal with issues of security, stability, and sustainability are going to be a whole lot more interesting.

What's Black and White, But Not Read All Over?

Maybe a Little Fox News Would Liven Things Up 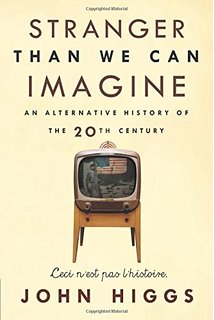